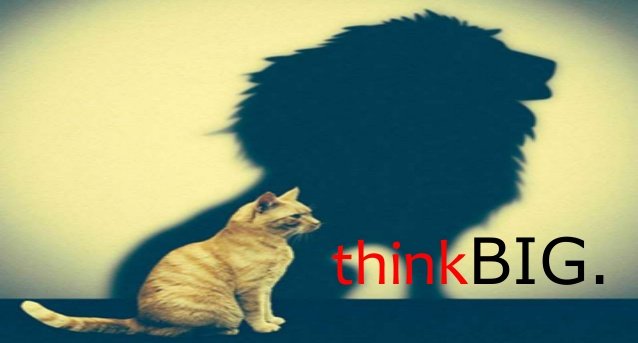 In our consulting practice, we’ve created a new exercise that helps leaders and executives think big. “What will the world look like in a few years” kind of big. Here’s how it works:

First, we present the group with a series of facts about how the world of work is rapidly shifting, and how these future changes will transform how we run organizations. These facts are from well-known sources, journals, surveys and researchers. The facts cover a series of categories which include: technology disruptions (like Machine Learning and Virtual Reality), Freelance Nation (what? half of the workforce could be freelancers?), incoming Generation Z (what happened to the Millenials?), the rise of agile, fluid teams (and the subsequent dissolution of the org chart) and workspace trends (Starbucks as the new meeting place?) just to name a few. Teams take a look at the specific facts and make sense of them together. What we’ve found is that people typically have one of three reactions:

1) Fight or Flight: Nah, it’s never going to happen. I don’t believe it. Or

2) Discomfort: This sounds more like “Oh wow, I never saw it that way. That’s scary”. Or

3) Imagine if…..: Just think about all the possibilities if we reframed work through a different lens.

“Fight or Flight” is usually a small percentage of the overall group and one that clearly emanates from a Fixed Mindset (The New Psychology of Success, Carol Dweck, 2007). They seem to hunker down and either disagree or lose interest.

The next two reactions are doors that can lead to thinking big and differently and are associated with more of a Growth Mindset (Dweck, 2007). The most common (and normal) reaction is discomfort. It’s OK to feel discomfort of course, especially if it leads towards a growth mindset – if the discomfort isn’t so bad the individual retreats into fight or flight. The hope is that the uncomfortable reactions instead lead to the third – “Imagine if….”. It is rare, but it does happen, that people jump right into the “Imagine If…” headspace.

After the teams have the chance to digest the facts, we ask them to do some light scenario planning/modeling. Not big heady stuff – just to offer an idea or two of what the world might look like if we take some of these facts and weave them together. We’ve noticed that when the leaders are in fight or flight mode, the next steps becomes disingenuous, not really taken seriously and essentially “just an exercise.” Many times, we even witness a fairly combative tone tied to negation and unwillingness to face the truth (think: head in the sand).

When the leaders are uncomfortable, well, then we’re on to something. Because discomfort can be re-framed. We can look at it through a lens of fear first but then we get the chance to look at it another way – in a more positive way where we can see, or even invent, the possibilities (aka “Imagine If…”). Of course it always helps to have a few of those immediate “imagine if” types in the room to help visualize new futures through a lens of optimism and new frontiers. They tend to balance the openness and momentum away from the naysayers.

This exercise is all about context. Context is a powerful thing and the truth is, if you really want anything to change, you must first change the context and only then will the thinking change.
Let’s think about that a little bit. Context changes produce changes in behavior. Remember the first time you saw your teacher outside of the classroom, maybe in the grocery store or the bank? That was strange, right? Completely out of context. Do you remember what happened the next day in school? Did your perspective of the teacher change?

Let’s think about a broader example – smoking cigarettes. Everybody in the world at this point knows and understands that smoking cigarettes kills people. Every fact points to it, every pack has a warning we see commercials and ads on a regular basis, yet the behavior is, people still smoke. But when their context changes, their behavior changes. When does their context change? When someone they love gets sick or dies, when they themselves get sick or when they become pregnant. Their context has changed.

It happens at work a lot. It has happened to me. I was in a job that I loved. I was good at it, I enjoyed it. Life was great. My context was just fine, thank you. But then there was a change. My boss left. I was asked to play an interim leadership role. I was invited to executive meetings, participated in high level decisions, and was asked my opinion (approval) before things got done. While the truth is, I didn’t like the interim role (which I ended up being in for one year, and learned a tremendous amount) – my context had changed. And when finally, the assignment was over and I was free to go back to my beloved previous job – well, the context remained changed, and nothing was the same again.

“Once you breath the air up there it’s hard to go back” was how my mentor explained it to me. But looking back, it was all about context. I left and found a new job, with new context, new air, which led to new ideas.
At Medius we spend so much of our time working with our clients on changing behavior– both individual behavior and organizational behavior. Sometimes we even work on pushing to change market behavior. But our real goal is helping our clients to change their context. And when we see their reactions – is it fight or flight, or merely discomfort, we can predict who will be most successful. We don’t judge – we coach. We ask questions, we push gently (sometimes a little harder than others) but we help them be successful. The statistics about how often large scale change within an organization is successful are dreadful. It’s rare. And it’s only when the new context is accepted. Changing context changes behavior. And only with real, intentional behavior change can large scale change be successful.

Ever since we started running the exercise about the Future of Work, my thinking has changed. It has broadened, gotten bigger. Reading articles, books, anything really, I keep thinking – What does this mean? What will it look like? What are the implications?

I saw a quote posted on Facebook today from a dear friend. It said: