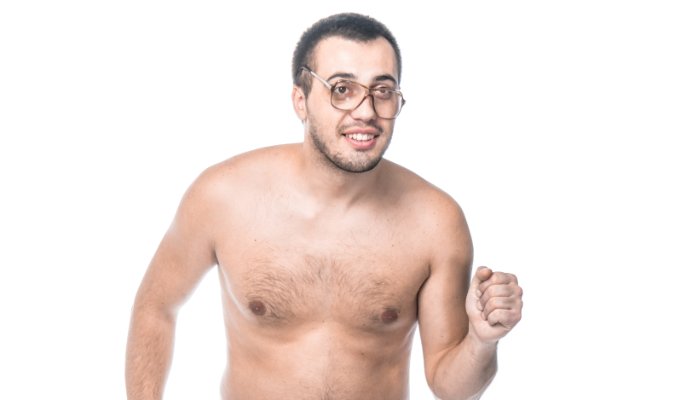 I’ve been told that if we pay attention to the stories, we’ll actually see them repeating themselves. That there are really a finite number of stories that get played out again and again, and if we can identify the story we are living, we might have a better idea of how to predict the outcome. Interesting right? I’ve noticed that this is true……and lately I’m reminded of the story “The Emperor’s New Clothes”.

In case you need a reminder, here is a summary of the plot: “A vain Emperor who cares about nothing except wearing and displaying clothes, hires two weavers who promise him the finest, best suits made from a fabric invisible to anyone who is “hopelessly stupid” or simply unfit for his position. When the weavers report that the suit is finished, they mime dressing him and the Emperor marches in procession before his subjects The Emperor’s ministers cannot see the clothes themselves, but pretend that they can for fear of appearing unfit for their positions. In fact, the Emperor does the same – he can’t see the clothes either. The townsfolk play along with the pretense, not wanting to appear stupid or unfit for their positions. Then a child in the crowd, too young to understand the desirability of keeping up the pretense, blurts out that the Emperor is wearing nothing at all and the cry is taken up by others. The Emperor suspects the assertion is true, but continues the procession anyway.”

If you were anything like me as a child, you thought this was a ridiculous story. Why on earth would someone be afraid to say that they didn’t see any clothes? Wouldn’t they be more embarrassed having the Emperor walk down the street naked, than simply explaining that they couldn’t see any clothes? Well, what’s worse than that is actually watching this story play out in a work environment.

How many times have you seen it? The senior most leader (the Emperor, or in our case, the Executive), convinces him (or her) self that they are special because of their title and that they should suddenly know everything. There is a certain inflection point when this actually happens; is it when they become President? CEO? The Head of a Business Unit? I think it varies, but regardless,

…there is a point when the individual seems to think they are better than they used to be because a title has been bestowed upon them.

Don’t get me wrong – in most cases these leaders earn their titles and their positions and therefore, they have earned the respect that comes with it…in most cases. But, something else happens…. it’s the thing where they suddenly can’t admit when they really don’t know something. And this is when they get into trouble.

Ego – the Hider of All Things Unknown

Ego is a crazy thing…. it’s the great protector, the hider of all things unknown. You know the type – the leader that is very full of him (or her) self – walking around with their chest puffed out, their head held high, summoning their assistant to get them coffee (yes, this still happens) …yet these are the ones that seem to be most unsure of themselves. These are the people that believe asking for help is a weakness, that not having all the answers somehow lessens them as human beings and thinking they should automatically know how to do something they’ve never done before. So, they hide it – they hide the fact that they don’t know what they are doing, and they tell themselves they do. They don’t ask for the help from people that might have different experiences, that might know what to do in this or that special circumstance – they let their ego get in the way. And that, my friend, is when it becomes dangerous.

It’s happening a lot now – besides just the ridiculous, absolutely ridiculous political arena we are watching play out in the US, it also happens with companies. With all the start-up and high tech companies growing so fast and merging and acquiring each other, scaling is difficult. Yet, investors are taking very big bets on sometimes young, and sometimes very green leaders. Financial targets are big, and egos are bigger. Take Parker Conrad for example. He was the CEO of Zenefits – do you know Zenefits? They are the new benefits platform for small companies – they sell Software as a Service, so all you really pay for is your insurance premiums and the fee-based services, not the software. It was a great idea and everyone knew it. They grew fast and furiously:

And in Walks the Emperor

And then it happened…. The naked Emperor showed up. The growth was fast – hypergrowth they call it – and that caused the leadership to operate in some ways that might not have been exactly above board. They had a big fight with one of their partners, ADT, that got ugly, but then after the damage was done, the case was dropped. They used a very high pressure sales force to sell more fee-based services to their customers, and they hired unregulated/unlicensed brokers to sell insurance. In other words, they weren’t going to make their very aggressive targets so they stopped at nothing to do the best they could. I wasn’t there – but I bet there wasn’t a lot of asking for help, or admitting they didn’t know exactly what to do. I bet there weren’t a lot of truth tellers. And so, the inevitable happened. The board called for the resignation of Conrad and replaced him with David Sacks – the then COO. Sacks had some more experience than Conrad, at both Yammer (which he eventually sold to Microsoft) and PayPal.

The question I have about the situation at Zenefits is this – were the townspeople saying to their Emperor – “you look great in those clothes”, or did anyone act as the child, and yell out “you are naked, man!”.

Zenefits isn’t the only company that has fallen victim to the naked Executive…. many companies have. Yahoo maybe going through something similar as we speak. Is Marissa Mayer listening to her townspeople? I saw an interview recently with Katie Couric talking about how great Marissa is to work with. I like Katie a lot, but I question her motives – was she asked to do that? Did she do it because she has a very lucrative contract? Is she one of the “weavers”? I really don’t know.

What happened at Blockbuster? Remember them? Didn’t someone ever say “hey, dude, everyone seems to be streaming and we still are telling our customers to “be kind and rewind.”

Money, power and ego do crazy things to people. While most of this article was dedicated to what goes wrong, there are some really great leaders out there that recognize how important it is to stay true to themselves. There is nothing easy about running a company – especially a publicly traded one that must figure out how to weigh the short term shareholder returns with the longer term growth strategy. There is experience, intuition and surrounding yourself with great truth tellers that you trust. There is the notion of focusing on the employees, believing in the service profit chain (a focus on employees will drive customer engagement/satisfaction which ultimately results in shareholder returns – not the other way around) and driving an intentional and deliberate culture – that matches the company’s growth or business strategy.

Are you a Naked Executive?

There are some telltale signs – here are 5: You might be naked if:

The best leaders, even those with big egos, listen to their people. This listening gives them the perspective that they need to see things more broadly, hear things that are not being said and therefore recognize when they are walking down the street naked. Here’s to the leaders that recognize that clothes matter.