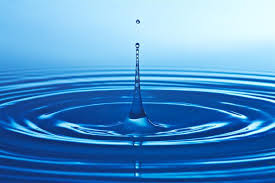 You hear it all the time. Some of the most successful people I know attribute their biggest wins to something they learned from a failure. Design Thinking is built around the principal of failing fast. Innovation requires a lot of ideas, and a lot of failure. Entrepreneurs are failing at unprecedented speeds. Yet, as I reflect on my almost 30-year career – I have a difficult time pinpointing any failure.

Of course, over 30 years I’ve failed hundreds (dare I say thousands) of times – small failures that feel huge in the moment, and bigger ones – having to do with specific projects, risks and even people. I know they’re there. I’m vulnerable enough to admit it – yet, I can’t put my finger on many. And I finally figured out why….

I have successfully re-framed my failure into things I’ve learned.

And because I’ve learned so much, I wouldn’t change it for the world. But, if I really think about it – many people might construe them as failures.

Let’s talk about my gym. About four years ago I got it in my head that I wanted to own a personal training studio. I’ve been working out most of my adult life, have had some of the best personal trainers in the world and have made life (and body) changing decisions based on my level of dedication to the workout. I thought about a few things:

2)     I am an executive coach that works with leaders across industries and sectors. I know  that physical well being matters when trying to lead organizations (meaning, leading organizations is tough to do when you are sleep deprived, nutritionally unbalanced and stressed out). Check – owning a personal training studio is aligned there too.

3)     I also work with entrepreneurs. Being one myself will only enhance my empathy, knowledge and practice. Check – also aligned.

4)     Being an Owner of a “woman owned business” was one of the coolest things I could do.

5)     Going to work locally, in yoga pants? Who would complain about that?

So with everything aligned so perfectly, I set out to do something I had no idea how to do…..I’ve never started a business and I’ve never run a fitness studio. I had twinges of negative self-talk (‘what are you DOING?’). I even had my own executive coach tell me “it’s much cheaper to join a health club then to build one.”

November, 2014, was the ‘soft opening’ of Underground Fitness Ahwatukee. It took about eight months for me to figure it all out. I networked (and met some incredible people who helped me tremendously), I learned about insurance requirements, commercial real estate, buying equipment, hiring trainers and paying taxes. And, I did all of this while continuing my job in Corporate America (something had to pay the bills.) I was set. The doors opened officially in January, 2015.

In February, 2018 after much angst, consternation and loss of sleep I sold 85% of my business to two very successful fitness professionals. I lost a lot of money over the years, spent a lot of time, but learned more that I ever thought I’d learn.

So then, was that a failure? From an outcome perspective – well, yes, it was a failure. A big one. The outcome was I had less money, some debt and less ownership. Not what an entrepreneur is shooting for as they enter into a project. However, when I consider the journey and really reflect, I just can’t call it a loss.

Here’s what I learned:

·        You can do whatever you want. You just have to have the courage to do it. I think I took this one for granted. Courage is what gets you off and running.

·        Looking at a big project can be hugely overwhelming – especially if you don’t know what you’re doing. Keep your eye on the North Star, but figure out the important steps to get you there and focus your energy on knocking those out of the park.

·        Surround yourself with people that do know what they’re doing. Be humble enough to ask for help. And value the expertise that they bring.

·        Consider the worst-case scenario. In most cases, what you make up during your sleepless nights is WAY scarier than reality.

Owning that gym was something that I was very proud of. I loved taking people there, I loved seeing the expression on their faces when they realized it was ‘legit’. I loved the pride that came with entrepreneurship. And, I’m so lucky to have failed, yet still have all of that. I’m still a minority partner, I still have some interest and I still work out there. Almost every single day. I haven’t run from it – I’ve just learned all of the lessons I was supposed to learn and have moved on.

Medius Advisory Group is also my company. I get all the benefits I described, yet this time, I do know what I’m doing. I have a partner that keeps me honest and certainly humble, and I am continuing to learn every single day from the great clients with whom I surround myself. I’m not sure I would have had the courage for Medius if I didn’t prove to myself that I had it for Underground Fitness.

They say everything happens for a reason. Maybe failure was the reason.