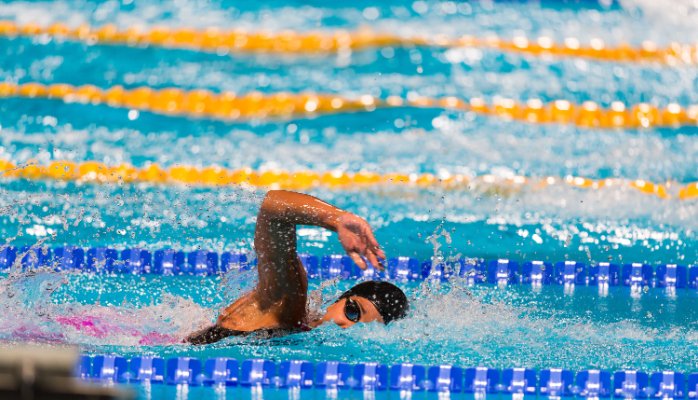 What if we practiced 90% of the time and only performed 10% of the time?  That’s what elite athletes do….they spend most of their time figuring out how to get the most out of their body – how to get themselves to the top of their performance game, so that when they get on the field, the court or the track they are fully prepared to WIN.  What if we did that at work?

What if we understood, that like athletes, our employees come to work every day in hopes of winning?  Would that change the way we managed them?

Performance Management: Would we wait until the annual performance review to give them feedback, or would we give feedback to them real time?  Let’s consider the elite athlete…. An Olympic swimmer hires a coach to help her make it to the games – the coach designs the practices, watches both real time and on film to track how the swimmer is doing.  Together they analyze the performance, make tweaks and the swimmer tries again. And again.  And what if during that practice the coach notices that the swimmer’s left elbow is dragging, thus slowing down her pace, however minimally.  Would the coach wait until the year-end review to give the swimmer that feedback?  OF COURSE NOT. That’s actually silly.  Yet, this is what we do at work.  We wait to give the feedback until the “appropriate time” in the performance review cycle.

If the coach were to do that, here’s what might happen:
– The swimmer would likely not know herself to lift their elbow.  She wouldn’t improve the .10% of a second that was necessary to make the difference between fourth place and the gold medal.
– The swimmer would continue to practice not lifting her elbow, and when she finally got the feedback, it would be much harder to unlearn the old way and then to relearn the new way – instead of just making the minor correction at the time.
– The swimmer would never really trust the coach again – because the coach allowed her to do it the wrong way rather than to have the difficult conversation about making a change.

That whole scenario seems ridiculous and contrived.  Here’s how it really plays out: The coach would scream into the pool, ‘LIFT YOUR ELBOW’, and the swimmer would lift her elbow, and that would be the end of it.  There would be no drama, no feedback models necessary to figure out the best way to offer the feedback.  The coach would give the feedback, the swimmer would incorporate the feedback and be better prepared to win.  If the coach didn’t deliver the appropriate feedback, he would likely be fired.

And then, imagine if at the end of the year the coach gave the athlete a ‘3 out of 5’ for a performance rating.  A 3 out of 5 is good he’d say.  You met expectations, you did exactly what you set out to do!  Again, that sounds ridiculous.  How could an Olympic athlete actually be a 3?  Very likely, the swimmer would not get back in the pool for that coach again.

What if we assumed employees had an intention for greatness and we acted as if it were our job to guide them there?

Would we act differently with that frame?

Goal setting works the same way.  The Olympics are every four years.  That’s a big, hairy goal.  In fact, at work, that is so big we might actually call it a “corporate objective”.  And the goal itself is actually to qualify for the Olympics.  And then there are micro-goals under that – personal bests,  national competitions, and key qualifying events (among many others).  There is a tremendous amount of effort and sweat, and successes and failures that lead up to those micro goals, which drive the big goal and corporate objectives.  Four years’ worth in fact.   Yet, together the coach and the athlete sit down and chart the course – when are the trials, when are the world championships, what races can we do to get ready for those?  How can we practice?  Where is it OK to fail, and where do I have to be at the top of my game?  What else can I do to fully develop – what are the ancillary things that will make me more successful (sleep, nutrition, exercise, stress, etc)?

Do we really think about those things at work?  Or instead, do we run from one thing to the next, not really understanding how everything fits together?  Can we work with our employees to create meaningful short term micro goals that drive the bigger organizational goals, that ultimately lead to being the best in the world?  An opportunity that realistically comes along only once every four years?  Can we identify those corporate objectives, vs. the goals and micro goals and then understand the “near and clear” steps it takes to achieve those?

Can we focus on getting a teeny bit better every day, rather than trying to go from good to perfect in one conversation?

And can we make the leap that our employees want and expect that kind of coaching and feedback from us in order to help get them there?

We have Olympic Athletes hidden among us at work.  Those people that need the right coaching, the right feedback and the right type of goal setting to just help them be the best they can be…and in some cases we’ll never know it, because we give them a 3.  And then they fire us (or move to another company), or become so disenfranchised that they actually give up.  And because of our process, our system, our fear…they don’t reach their potential.  That’s the exact opposite of the job of a coach.  What if we operated as Olympic Coaches instead of managers at work? Maybe we’d get Olympic Performances.