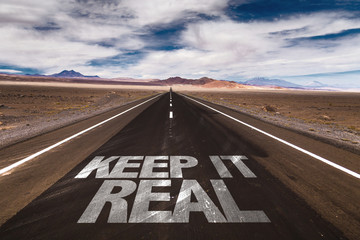 Last month, Adam Grant wrote an OP/ED in the NY Times called “Unless You’re Oprah, ‘Be Yourself’ is Terrible Advice”.  Read it here.  Typically,  I enjoy reading Adam Grant’s columns and respect his opinion, so I was anxious to read this one, having spent so much time thinking about Authenticity and the role it plays in Leadership.

After reading the column, and admittedly being slightly surprised at how much I disagreed with the overall sentiment, I saw Brene Brown’s response.  Brene Brown is another person I  read voraciously, I follow on Instagram and value most everything she says.  Read her response here.

I love an intellectual debate – especially between people as smart and intellectually curious as these two.  However there was still an element of the argument missing for me – something important that  hadn’t yet been discussed.  I continued to think about it.

Below is my interpretation of each of the perspectives.  It’s important to read the full articles though – because like anything else, these summaries are the observations through my lens:

Adam Grant’s perspective: Too much authenticity is never a good thing.  Nobody wants to see the true you – they’d rather you censor yourself – or “self-monitor”. He goes on to say that ‘Low Self Monitors’ are people that don’t really censor themselves – they are not politically correct, they say what they mean and they mean what they say – regardless of who they are talking too.  He says a lot more than that, but that’s the gist of what I read.

Brene Brown’s perspective: She agrees that authenticity has become an overused buzz word, however has a very different definition than Mr. Grant.  She believes one must be courageous and vulnerable to be authentic – to accept our imperfections. In order to do this, we must set boundaries, understand the boundaries and be self-monitoring – almost the opposite of how it was described in the NY Times piece.

This article and response has stayed with me…I continue to talk about it, to share the article with teams with whom I’m working, to lead discussion groups about it.  I mentioned it to my friend and colleague Cathy Salit, CEO of Performance of a Lifetime and Author of Performance Breakthrough.  Not only had she read the article and the various responses, she wrote her own LinkedIn comments on it as well.  Read that here.

Cathy Salit’s perspective: She believes that we play several different roles at any given time – for example, the role of mother, boss, friend.  She calls this ‘multiplicity’.  However, maybe more importantly, she believes that authenticity is a process of growth and creativity.  In other words (her words) ‘in order to be truly authentic we must be both “who we are” and “who we are becoming”’.

After so many conversations and so much debate, I finally have my own perspective to share….. I agree with Brene Brown – authenticity takes courage. I agree with Cathy Salit – we have to keep learning and playing various roles so that we can authentically be who we are growing into.

However, what role does good, old fashion judgment play here? Where is empathy in the conversation? What about the other person or people?

I don’t think any of these things are inauthentic.  I think we are confusing authenticity with good judgment.  In this crazy world in which we live, maybe what we need is to stop fighting over definitions of words and looking for excuses to behave the way we feel like behaving in the moment.  Maybe we need to be more thoughtful, and more empathetic.  Authentic means being true to yourself – to your values and your beliefs – not being able to say everything you want to say whenever you want to say it.  That’s impulsive and in some cases dangerous. And doing it in the service of being “authentic”, well, that’s just careless.

So, maybe it’s not really about authenticity.  Maybe it’s about judgment. And emotional intelligence and critical thinking and responsibility.  I wonder if we held people accountable for using better judgment – if we expected people to think about the consequences of their behavior or reactions instead of making excuses for it if we’d have less shootings, less accidents and less scariness in our lives.

I pride myself on my authenticity.  I often get praised for it – as one of my best attributes.  I also like to believe I have good judgment that supports that authenticity.  And I have high expectations that all adults should.

Thank you Adam Grant, Brene Brown and Cathy Salit for helping me to better articulate my views and pushing me to consider a different perspective.  My authentic perspective.